The Best Performing Funds Over 10 Years 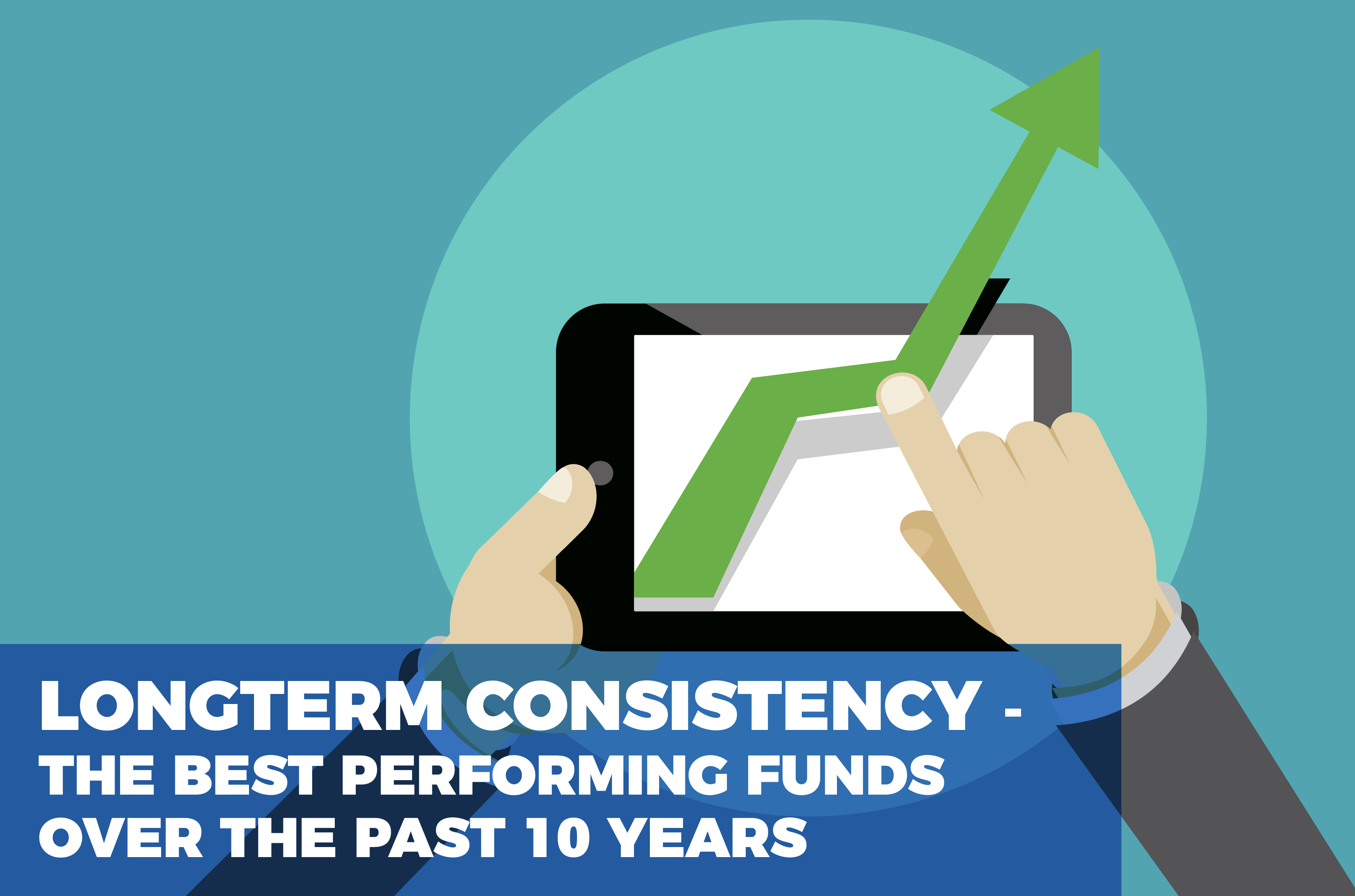 A fund managers ability to maintain a consistent level of performance when compared to competing same sector funds is an important metric for many investors when making investment decisions. The ability of a fund manager to maintain a level of outperformance in comparison to funds within the same sector demonstrates a level of quality and expertise that stands them above their peers. Fund consistency can be analysed over a 5-year period but for some investors a longer-term view is needed to gain clarity on which funds and fund managers are truly consistent in delivering top performance.

Managed by Matthew Dobbs of Schroders and launched in November 2007, the Schroder Asia Alpha Plus fund has amassed a relatively modest £831 million of funds under management. But what it lacks in size it makes up for in performance as over the recent 10 year period this fund has returned growth of 215.19%, which was the largest of any fund within its sector. To put this performance into perspective the average growth returned in the same sector over the same period was 123.59%.

The Baillie Gifford European fund was launched back in 1985 and sits within the Europe excluding UK sector where it has competed alongside 67 other funds over the past 10-years. This has consistently outperformed its peers and over the recent 10-year period it has returned growth of 189.52%, which was better than the growth returned by 93% of same sector funds over the same period.

The 2nd of 3 Baillie Gifford managed funds in this list is their Global Discovery fund, which competes within the large Global sector. Within this sector 145 funds have been active for at least 10 years and with growth of 328.57% the Baillie Gifford Global Discovery fund returned the top performer. Over recent periods this fund has been equally impressive as it has consistently outperformed 99% of funds within its sector.

Launched in April 1984, the Fidelity Japan Smaller Companies fund invests primarily in the shares of Japanese companies. This fund currently holds a small £169 million of funds under management but it has consistently been among the best performing funds in the Japan sector. Over the recent 10-year period this fund returned growth of 249.46%, which was greater than 93% of funds in its sector. This fund has recently been one of the strongest funds in its sector and over the recent 12 months it returned growth of 34.2%, which outperformed 97% of competing funds.

The popular Baillie Gifford American fund holds funds under management exceeding £1 billion and sits within the competitive North American sector. This consistently top performing 5 star rated fund has returned growth of 276.72% over the recent 10-year period, which was greater than 93% of funds in the same sector. With 5-year growth of 159.60% and recent 1 year growth of 24.47% this fund has constantly been among the top funds in its sector.

The Polar Capital Global Technology fund aims to achieve long-term capital appreciation through investing in a globally-diversified portfolio of technology companies. Since its inception in 2001, this popular fund has secured funds under management totalling $2 billion. This specialist fund sits within the IA Technology & Telecommunications sector where it consistently delivered the highest levels of growth. Over the past 10-years this fund has achieved huge growth of 418.76%, which was considerably greater than the sector average of 275.95.

The Marlborough UK Multi-Cap Growth Fund aims to provide medium to long term capital growth. The Manager intends to invest in an actively managed portfolio of small, medium and large cap UK equities, principally in companies which are amongst the leading companies in their business sector. Since its launch it has consistently delivered long-term outperformance for its investors. Over the recent 10-year period this fund returned growth of 224.92%, which was greater than 96% of competing same sector funds and notably greater than 116.2% average sector growth over the same period.

This UK focused fund launched in 2005 and is managed by the co-founder of Slater investments, Mark Slater. Since its launch it has amassed a relatively small £488.94 million of funds under management yet it has been a stellar fund in the competitive UK All Companies sector, returning 10-year growth of 357.96%, which was the highest out of all 188 other funds within the same sector over the same period. Not only was the 10-year growth returned by the Slater Growth fund greater than all other competing funds, but it was more than 3 times greater than the sector average.

The Unicorn UK Income fund is 1 of 57 funds within the UK Equity Income sector to have at least 10 years history. During the recent 10-year period it returned growth of 281.41% which was the highest growth returned by any other same sector fund, where the average sector growth was considerably lower at 106.36%.

The Old Mutual UK Smaller Companies Focus Fund aims to provide capital growth from investing primarily in an equity portfolio of UK smaller companies. Launched in 2002, this fund has not only consistently delivered high returns but it has outperformed 100% of same sector funds over the past 1, 5 & 10 years. With 1, 5 & 10-year growth of 46.83%, 216.23% and 416.92% respectively, this fund’s performance has been exceptional.

Investors are often forced to accept poor or mediocre returns. There are funds managers who excel and consistently deliver their investors with excellent returns.

The 10 funds listed in this report have been among the best performing funds over the past 10-years. These 5-star rated fund have been leaders within their chosen sectors and provided investors with consistent returns that are unrivalled by their peers.