Edinburgh based fund manager Baillie Gifford has earned a reputation with financial advisers and investors as one of the best fund management firms in the industry. Their hands-on, growth-seeking approach to investing, which they term ‘Actual Investing’, has resonated with investors Globally, with 60% of the £198 billion of assets under their management from customers based outside of the UK.

In this report, we analysed all 33 Baillie Gifford unit trust funds and their 11 Investment over the recent 1, 3 & 5 years and compared their performance to every other competing fund within the same sector to identify how competitive their funds have performed. Based on their performance, we provided each of their funds with an overall performance rating between 1 and 5 stars.

From this analysis we identified a history of continuous top performance from many of their funds, supporting their stellar reputation and standing as one of the best fund management firms in the industry.

Baillie Gifford was an early investor into some of the world’s most valuable private and public tech companies, boasting a roster of portfolio companies that includes unicorns from nearly all generations in modern tech, including everything from Amazon, Google and Salesforce to Tesla, Airbnb, Spotify, Lyft, Palantir and even SpaceX.

They have an extensive history of investing across geographies, with one of its first and most successful investments coming from an early entry into Chinese e-commerce titan Alibaba.

Baillie Gifford has a reputation of actively building and managing some of the best performing funds across different regions and are widely respected as one of the top fund managers in the world. In our fund manager league table, which ranks 81 fund management firms based on the performance of over 2,100 funds; Baillie Gifford ranked 1st with the highest proportion of funds under their management that received a top performing 4 and 5 star rating.

Baillie Gifford is unique in the UK in being a large-scale investment business that has remained an independent private partnership.

Traditionally, the corporate structure of large-scale investment firms warrants many to bolster their sales and profits through mergers and acquisitions, but unlike many of their peers, Baillie Gifford has remained a privately-owned partnership since their launch 110 years ago.

Being independent, private and wholly owned by working partners has sheltered Baillie Gifford from the business demands of external shareholders and enabled them to keep a structure that is more focused on the quality of their products. Many of their funds have continuously outperformed same sector rivals, a primary reason why statistical orientated advisers and investors recognise Baillie Gifford as one of the best fund management firms in the industry.

Over half of Baillie Gifford funds consistently outperformed at least three quarters of competing funds within the same sectors over the recent 1, 3 & 5 years.

Baillie Gifford manages 6 funds that ranked 1st in their sectors for growth over the past 5 years. Combined, these 6 funds outperformed all 310 competing funds within their respective sectors.

The Baillie Gifford American fund has achieved the highest growth returns from all of their funds. This fund is classified within the IA North America sector alongside 117 competing funds. Over the past 1, 3 & 5 years this fund ranked first in the sector with growth of 47.60%, 125.82%, and 248.25%.

The worst performing Baillie Gifford fund over the past 5 years was the Baillie Gifford British Smaller Companies fund, which ranked 37th out of 46 funds in its sector with 5 year returns of 7.01%.

Over the past 12 months, 9 of Baillie Gifford’s 11 Investment Trusts performed better than at least 75% of their peers within the same sector.

In our fund manager league table, which was compiled from a review of 2,123 funds and 81 fund management firms, Baillie Gifford ranked 1st with the highest average of 4 and 5-star performing funds.

Of the 44 funds under the management of Baillie Gifford, 11 are from their popular range of Investment Trusts that includes the Scottish Mortgage Investment Trust which is the UK’s largest.

Similar to their range of unit trust funds, many of Baillie Gifford’s Investment Trusts have consistently outperformed the majority of competing trusts within the same sectors.

Scottish Mortgage is considered to be Baillie Gifford’s flagship investment trust. The trust launched in 1909, and contrary to its name, it is a global fund that has nothing whatsoever to do with mortgages.

The trust is made up of holdings in approximately 30 to 50 companies with just 2 companies Tesla and Amazon accounting for more than 20% of the total assets. This trust has consistently maintained competitive performance and over the recent 1 & 3 years it was the top growth fund in its sector with returns of 42.62% and 92.13%.

The Monks Investment Trust aims for long-term capital growth, which takes priority over income. Baillie Gifford says this is pursued through applying a patient approach to investment, principally from a differentiated, actively managed global equity portfolio containing a diversified range of growth stocks. Over the recent 1, 3 & 5 years the Monks IT has consistently been among the top performers in its sector with respective growth returns of 11.47%, 42.22% and 125.05%.

The Edinburgh Worldwide Trust aims for capital growth from a global portfolio of initially immature entrepreneurial companies, typically with a market capitalisation of less than $5billion at time of initial investment, which Baillie Gifford believe offer long-term growth potential (over at least 5-years).

Since its launch in 1998, this trust has become one of the most popular with investors who have been attracted by its consistently strong returns. Over the past 10-years, this trust has returned exceptional growth of 448.72%.

Baillie Gifford says evidence suggests that only a handful of exceptional growth companies drive all long-term returns; and the United States is home to a significant proportion of them. They believe this will continue to be the case long into the future, and their US Growth Trust has been created to find and invest in ‘truly exceptional’ companies and hold onto them for long periods.

The top 10 holdings of the US Growth Trust are some of the world’s largest and most successful companies, who hold a sizeable share of their market, and are not easily replicated.

Of the 33 Baillie Gifford unit trust funds analysed, 57.6% received a high 4- or 5-star performance rating. Combined, their popular range of 33 funds are responsible for managing more than £44 billion of client assets, and some have consistently been the top performers in their sectors.

Baillie Gifford says the aim of their American Fund is to deliver significant outperformance for investors, and over the recent 5-years, it has been doing just that.

Similar to the Baillie Gifford US Growth Trust, the American fund has holdings in some of the largest and fastest growing companies in the world, which has helped propel it to become one of the top growth funds on the market.

The Baillie Gifford Japanese Smaller Companies fund sits within the IA Japanese Smaller Companies sector, which is a higher risk sector that can experience periods of sharp volatility. As a higher risk sector, it has the potential for sizeable returns and for this fund Baillie Gifford focus on investing in smaller, innovative Japanese companies that they believe offers a broad range of investment opportunities.

Over the past 5-years, the Baillie Gifford Japanese Smaller Companies fund has managed to deliver growth of 65.29%, which was comfortably above the 47.9% sector average.

Another Baillie Gifford fund that has returned exceptional growth is the Baillie Gifford Global Discovery Fund. This Global fund launched in 2011 and currently manages £1.2 billion of client assets.

Baillie Gifford's management approach for this fund is to identify innovative, immature companies with what they believe have excellent long-term growth potential.

They aim to identify attractive growth companies early when they are less expensive and benefit as they grow and thrive. Although this approach can be riskier than buying holdings in more expensive but more established companies the rewards can be higher, and over the past 5-years the Baillie Gifford Global Discovery fund has been able to return growth of 135.81%, which was the 3rd highest of 253 funds in the Global sector.

Although both of these funds sit within the same sector and have similar performance, they have very different compositions and therefore offer different investment opportunities. The fact they both enjoyed similar performance and outperformed the market shows a high level of expertise from Baillie Gifford within emerging markets.

Despite having the highest percentage of top-performing funds from an analysis of 81 fund management firms, there was still a small proportion of Baillie Gifford’s funds that have struggled to deliver competitive performance.

Among their lowest performers was the Baillie Gifford Emerging Markets Bond fund. This fund sits within the Global Emerging Markets Bond sector, and over the past 5 years it returned 24.40%, which was just below the 25.62% sector average. Over the recent 12 months this fund’s sector performance has improved with 1 year returns of 4.89% higher than the 3.77% sector average for the period.

The Baillie Gifford British Smaller Companies was another fund that has struggled for consistent performance. Over the past 5 years it returned - 7.01% which was among the lowest in the entire sector which averaged returns 30.19% for the same period.

Baillie Gifford has consistently proven their competence in constructing and managing high-quality funds that few of their peers have been able to rival.

However, no fund management firm has a monopoly on fund performance, and although some perform better than others, a proportion will inevitably underperform. Indeed, every investment management firm in the UK, with at least 10 funds under their management, have funds that have and continue to underperform.

This ratio varies from firm to firm, but with just 25% of their funds struggling for competitive performance Baillie Gifford not only have the highest ratio of 4 and 5-star funds but as identified in our fund manager league table they also have the lowest ratio of 1 and 2-star funds from an analysis of 81 fund management firms and 2,123 funds.

In comparison, only 2.6% of the funds managed by St. James’s Place, who are one of their closest rivals for funds under management, received a 4 or 5 star rating.

Performance data regularly shows Baillie Gifford close to the top with many of their funds continually outperforming their peers and although past performance does not guarantee future returns the consistent level of high ranking performance that we identify in this report from Baillie Gifford funds reflects their quality as a fund manager and reinforces their standing as one of the best in the business who will likely continue to excel going forward. 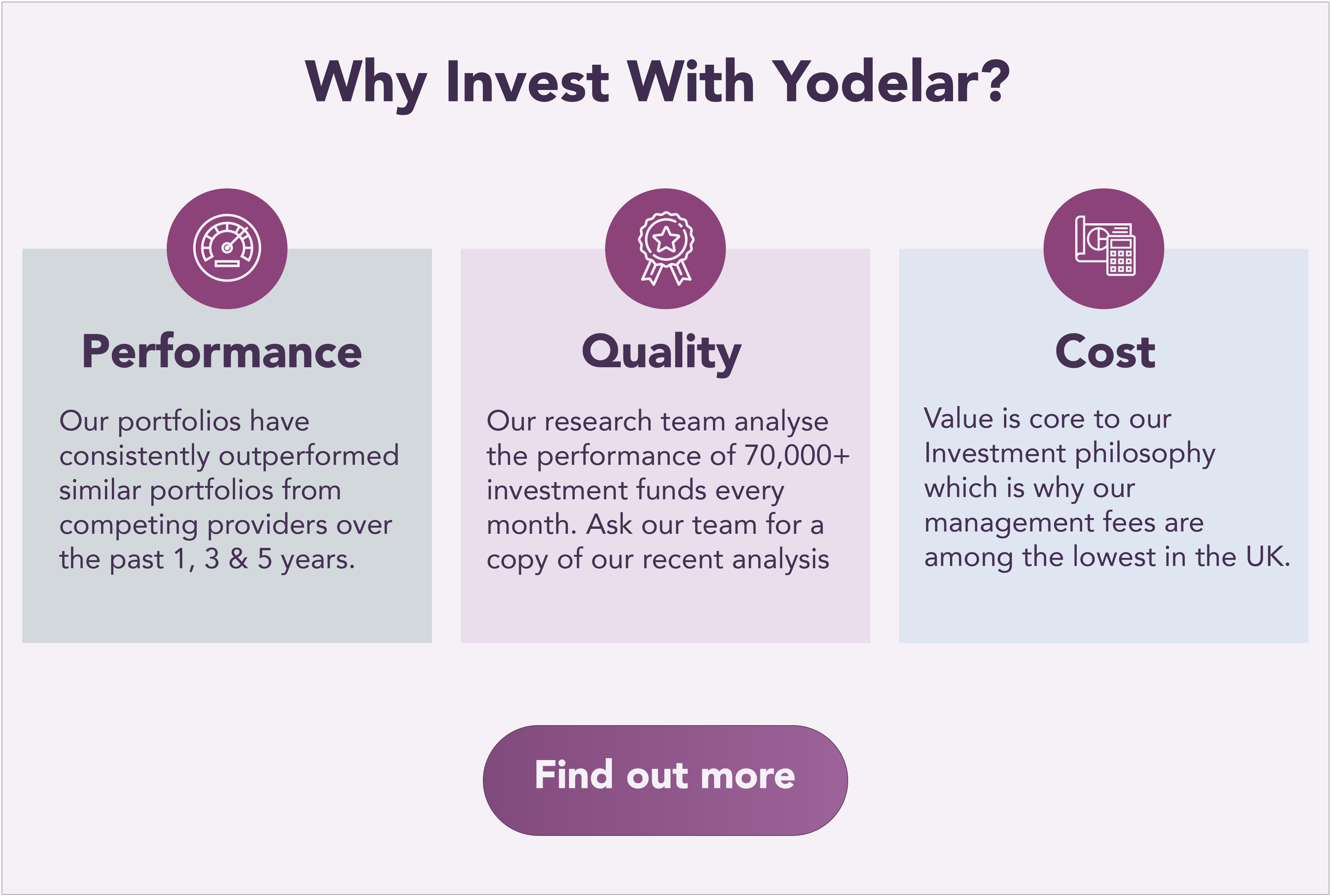