Global markets have been hit by a perfect storm of factors that has led to a cycle of negative growth. The past 6-12 months have been the most difficult for performance, with the majority of negative returns stemming from this period.

This has naturally led to market pessimism, but this past quarter has seen the slowing of declining values as economies and industries adjust to the challenges they have been faced with.

The high volatility of the period saw traditionally lower growth funds perform better, typically because the companies these funds invest in had less to lose than the high growth, market leading companies held by the funds that typically outperformed. However, during the first half of 2022 a proportion of funds with a history of top performance have continued to maintain a high performance ranking within their sectors.

In this report, we look at 8 core investment markets and feature some of the best performing funds within these markets over 6 different time frames.

Many of the companies listed on the UK Stock Exchange will derive a large amount of their income from overseas, so although the sector dictates that at least 80% must be invested in UK companies, there is no easy way of telling where the listed companies activities are. This means that the fortunes of the holdings are often inextricably linked with global economic conditions. As such, many UK Equity funds are not as restrictive as some may believe.

UK Equities have held up much better than many other markets with more stable fund performance across the sector. UK Companies remain low priced and despite the uncertainty of inflation, rising interest rates and cost of living crisis, UK equities represents one of the best opportunities for growth going forward.

Despite all the political and economic challenges of recent months and the fallout of the pandemic years the 5 funds featured in the below table have consistently ranked among the best performing UK Equity funds. 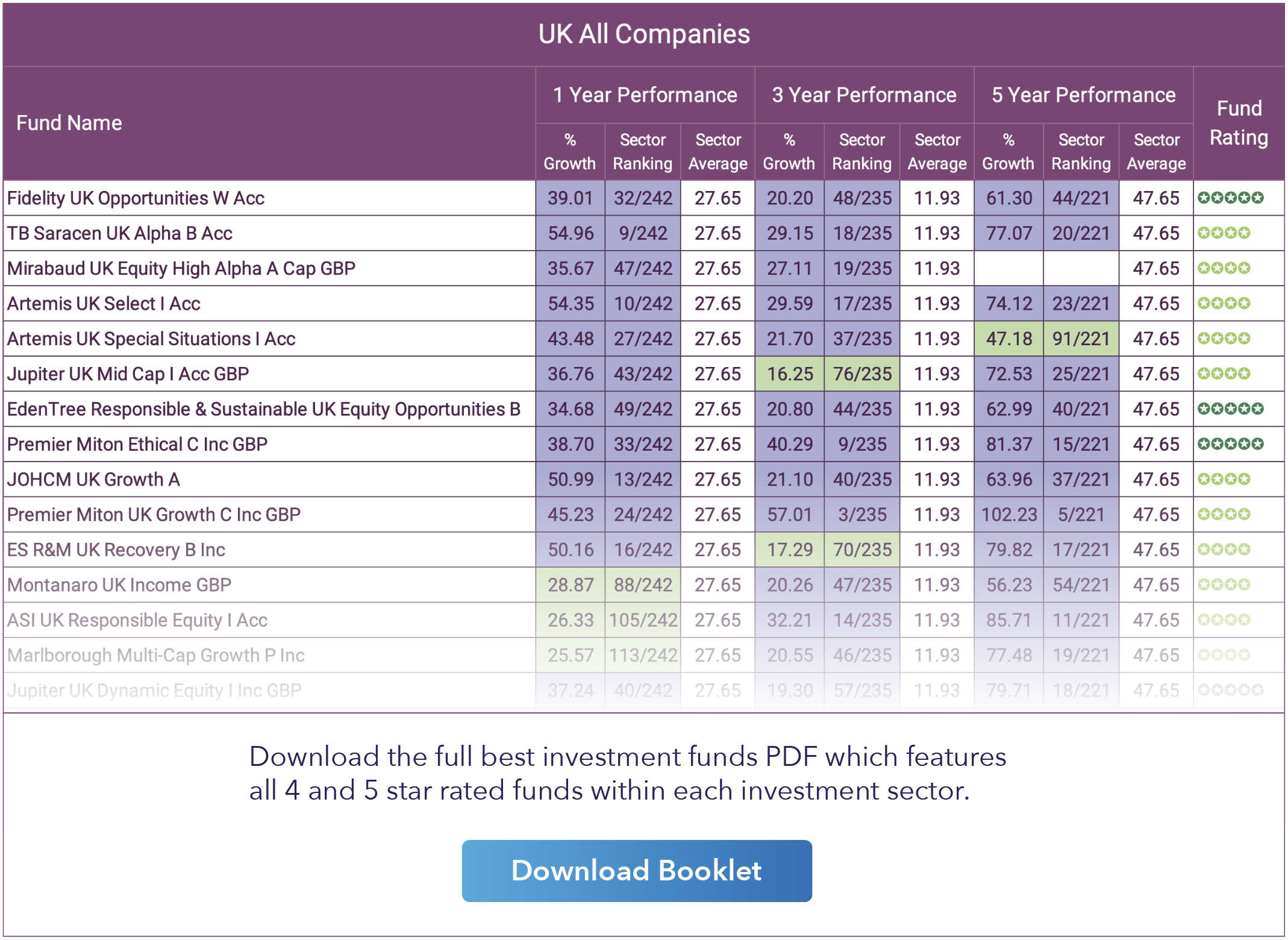 Asia has coped relatively well with the Covid-19 crisis and is expected to achieve economic recovery faster than the rest of the world.  Although the region’s continuous efforts in driving innovation will help fuel growth in the future, like all other global markets it has endured a tough year to date.

Fear that rising global inflation and ongoing supply chain problems, accentuated by the war in Ukraine, could tip the world into recession has led to volatility in Asian equities. This has certainly slowed any recovery, but with low valuations and as home of some of the worlds most innovative companies, we believe some of the biggest growth opportunities will come from the region.

Asia Pacific ex Japan Equities have higher growth potential than some other markets but they can also be more volatile with their funds experiencing sharper swings in valuations. This is particularly evident over the past 12 months as most funds within the sector struggled for consistency.

Despite the high volatility of the past year the 5 funds featured in the below table represent some of the most consistent and best performing asian equity funds over the past 5 years.

Europe is one of the most diverse, rich and complex equity markets in the world. With different cultures, political systems and economic profiles it can offer attractive investment opportunities for investors.

Europe is home to many of the market leaders in utilities and offshore infrastructure, automobiles, construction and industrials. These priority areas offer huge potential for the region to produce best-in-class technology and services to accommodate for the changes that are underway. Goldman Sachs research indicates that eight out of ten of the top global renewable energy companies (ex-China) are European. And the shift to renewables is closer than many expect and this has been pushed closer by the desire to move away from gas and oil as a result of the Russian invasion of Ukraine.

Despite the attraction of European equities, in the first half of the year they averaged losses of -13.64%, which was the worst of all major regions.

European equity markets have been contending with concerns about high inflation, slowing growth and geopolitical events. The invasion of Ukraine and subsequent fallout has impacted European markets more than any other with valuation shocks experienced by many European industries. European funds have suffered more than most these past months but a proportion have held up relatively well and have maintained above average performance. The 5 funds in the below table represent a selection of those funds that have fared better than most.

Global funds invest in a wide range of stocks across world markets, with this broad focus potentially helping to minimise the impact of stock market shocks on a portfolio. For example, if one region or sector suffers a knock, hopefully gains elsewhere will help offset these losses. But rising interest rates, inflation, the continued fallout of the pandemic and the global implications of Russia's invasion of Ukraine has resulted in negative returns from almost all global regions. As a consequence, the Global sector has averaged losses of -12.69% for the first 6 months of 2022.

The amount of investor money held in Global funds has declined by almost £20 billion since the start of the year. But despite this it remains the largest investment sector with over £165 billion under the management of funds classified within the Global sector.

There are now 455 funds within the global sector, but as the sector encompasses a wide and diverse range of markets, the disparity between fund performance can be huge and much more pronounced than other sectors which focus on specific regions. The 5 funds in the below table represent a selection of the most consistent and best global equity funds for performance over recent months and years. 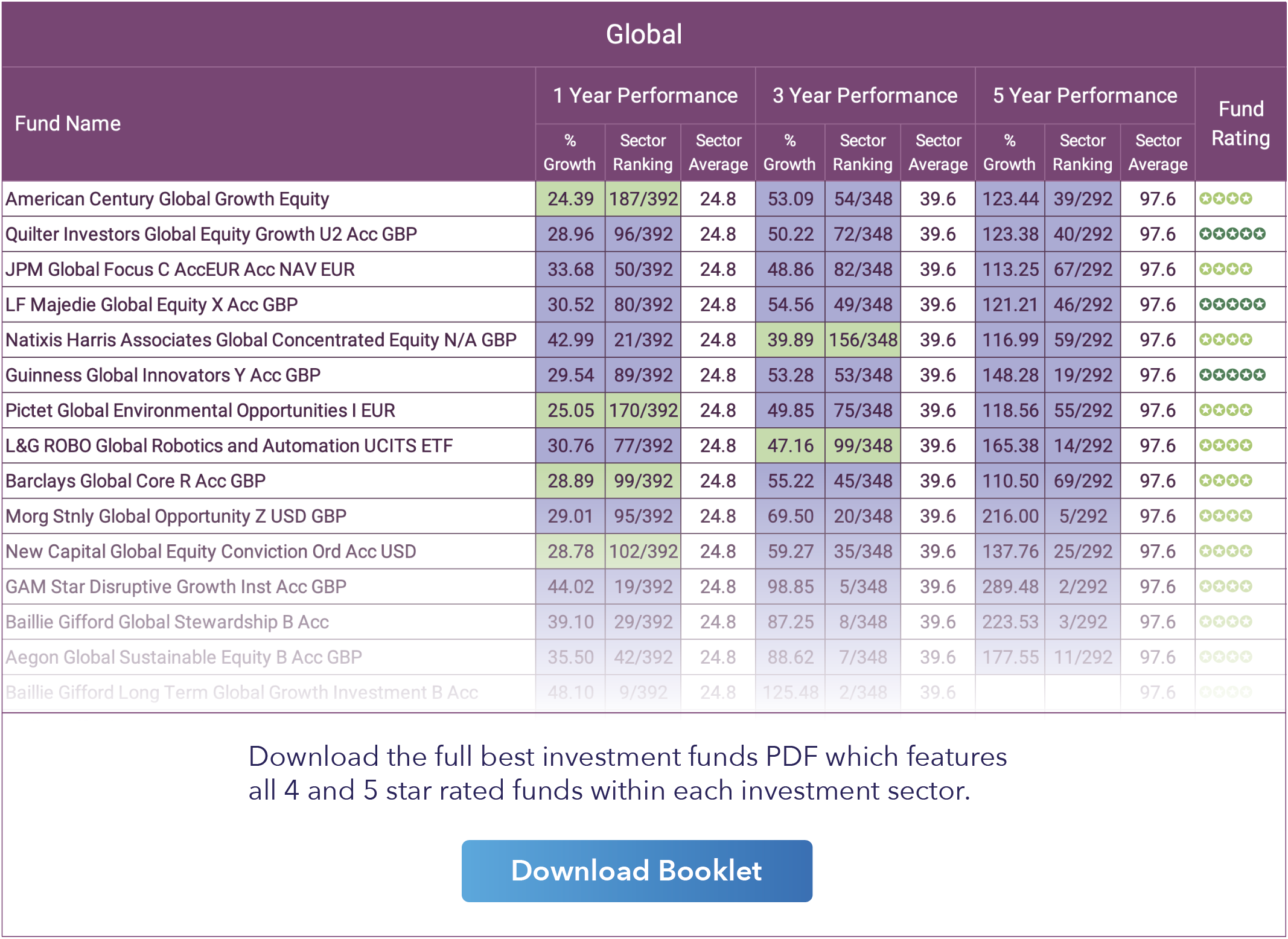 Emerging markets have endured a challenging year, dragged down mostly by China and South Korea, which represent close to half the index. But the developing world is diverse, and many individual countries did well.

Emerging market equity funds can be prone to more volatility than funds that focus on developed countries. These markets are typically smaller and often more vulnerable to political shifts, commodity price swings and changes in monetary policy, among other risks. This was visible over the past 12 months where the sector average negative returns of -15.8%.

In the 2nd half of 2022, we believe companies with robust fundamentals will be well positioned to benefit from improving dynamics in emerging markets.

But comparative to their peers there are a small selection of funds that have continually ranked highly within the emerging market sector, with the 5 funds in the table below representing some of those funds.

For Japan, the assassination of former Prime Minister Shinzo Abe in July will likely not lead to a significant change of course; many of Abe’s economic and corporate governance reforms laid the groundwork for Japanese companies’ strong results.

While Abe exercised considerable political power from behind the scenes, we don’t think his death will lead to a significant change in course. Rather, we expect to see continued progress on key aspects of his legacy. His economic reform policies produced a multi-year improvement in operating margins and return on equity.

Over the second quarter, Japan quickly took steps to reopen its economy to tourism following an easing of COVID-19 restrictions. Thanks to a continued decline in the number of infections, for the first time in two years, the country has opened its borders to foreign tourists on group tours; as of 10 June, the number of entrants allowed in per day rose to 20,000, double the previous number. Not surprisingly, investors have already started to focus on stocks that might benefit from this return of inbound tourism—but more importantly, we believe that this could improve the overall consumption outlook.

The 2nd quarter of the year was just as poor as the 1st for Japanese Equities, with negative average returns of -7.72% among the highest of any global region. However, we are bullish on the Japanese equity market based on mid-to-long term estimates, including the steady outlook of corporate earnings and economic recovery in Japan.

The Japanese equity sector is relatively compact compared to other markets with just 68 funds in the sector with 5 year history. But despite its limited range, some of the funds within the sector have a wide performance variation with only a limited few managing to consistently rank well within the sector. Below are 5 of the best Japanese Equity funds for consistent performance over the short term and medium to long term.

Like all major markets, North America has also endured negative returns in recent months with the IA North American sector averaging -10.94% for the first 6 months of the year, which was the worst start to a year since 1970 - and the sixth worst back to 1928.

Declines affected all industry sectors although consumer staples and utilities were comparatively resilient. There were dramatic declines for some stocks, most notably in the media & entertainment and auto sectors.

The funds featured in this report represent just a selection of those that have consistently maintained a high level of performance relative to their peers across 8 core global markets, even though market conditions have been some of the most challenging in recent history.

Its not a commonly known fact, but the global stock market has experienced declines of roughly 20% once in every five years. Despite this, it has always recovered and it will do so again. Bull markets follow bear markets and often erase the declines sooner than most anticipate.

Whilst there is no way to accurately predict when markets will turn, we believe the best investment strategy is to continue to invest in funds that have holdings in quality companies.

We believe that not only can the best companies continue to prosper in difficult environments, but they can often lay the seeds for the next season of growth by strengthening their market position.

Investing is never easy and conditions have been particularly difficult this year. The first thing to remember is that markets have recovered from all previous geopolitical crises, wars, pandemics and recessions. It can take time, which is why it’s important to remain focused on long-term objectives when conditions are challenging. 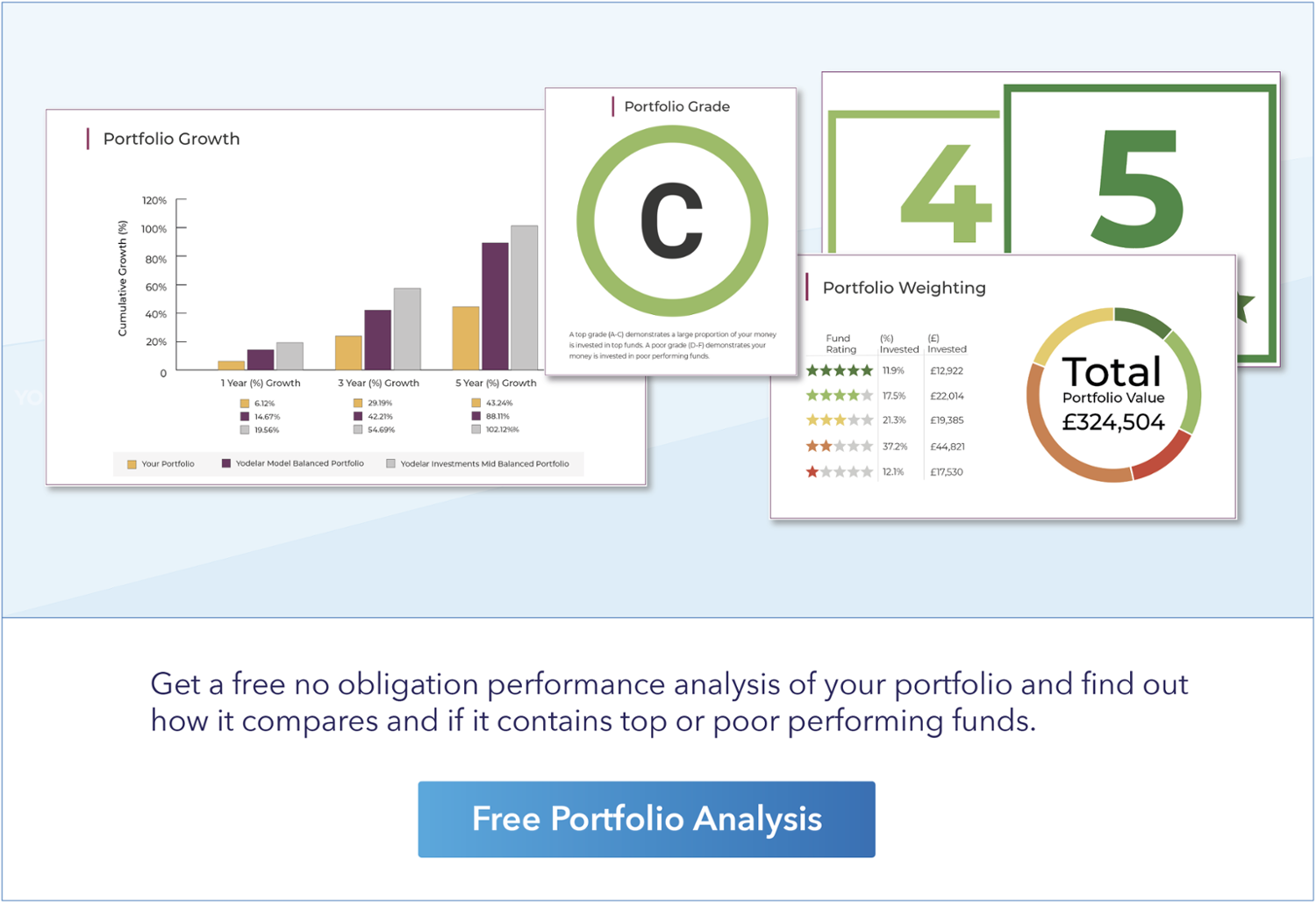