Up To 65% of Funds in recommended funds lists consistently rank among the worst in their sectors for performance.

Convenience, accessibility and lower charges provided by many self investment platforms such as Hargreaves Lansdown, Fidelity, interactive investor and Bestinvest has led to the continued rise of self managed or DIY investors and combined they administer well in excess of £100 billion of investor money.

The self investor market is a highly competitive industry with investors actively seeking the right funds to invest in and the best platform to make these investments. Platforms such as Hargreaves Lansdown, Fidelity, interactive investor and Bestinvest combined now administer well in excess of £100 billion of investor money.

At the forefront of their marketing strategy and key to attracting new investment clients, platforms publish guides and resources that help to promote their platform none of which are more popular than their recommended funds lists.

These short lists of favourite funds are proven to influence the fund choices of many self-investors and thus generate investment for the investment platforms. But there has been concerns over how these lists are formulated and over the quality of some of the funds they feature.

Through the likes of the Hargreaves Lansdown Wealth Shortlist, Fidelity Select 50, Interactive Investor Super 60 and the Bestinvest Top Rated Funds lists, investors are making fund choices based on what is presented as the best investment opportunities. But how much credence should be placed on these promoted funds? And do they represent the best opportunities for investors?

As identified in this report, a large number of the funds within the HL Wealth Shortlist, Fidelity Select 50, Interactive Investor Super 60 and Bestinvest Top Rated funds lists have a history of poor performance with up to 65% of the funds in some lists consistently ranking among the worst in their sectors.

For this report, we analysed the 1, 3 & 5 year performance and sector ranking of 4 of the most influential recommended fund lists in the UK. Each fund was provided with a performance rating between 1 and 5 stars based on our rating criteria below. 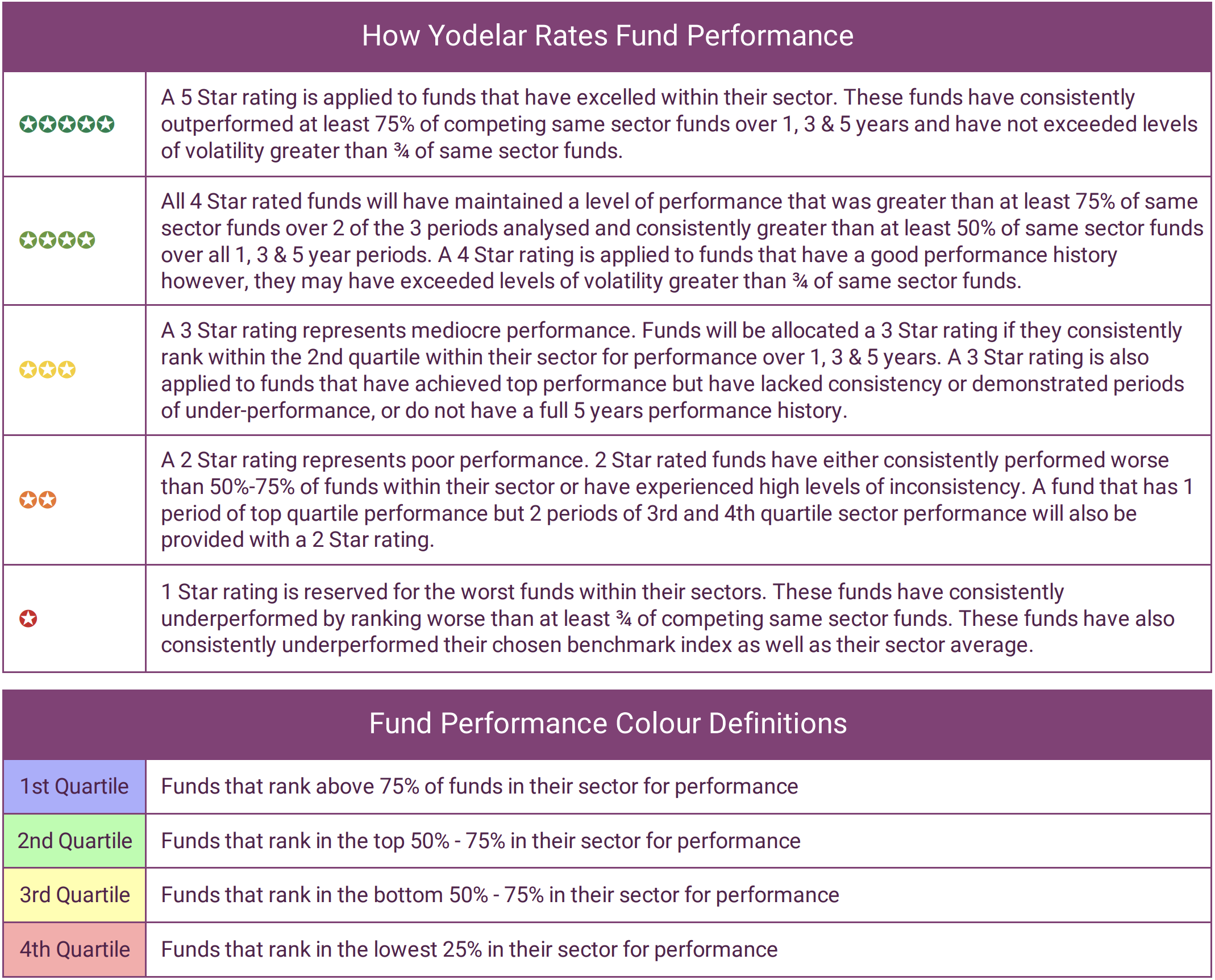 The Hargreaves Lansdown Wealth Shortlist is a rebrand of the infamous Wealth 150 and Wealth 50 lists which was the most popular recommended funds list in the UK but it was reformatted after the Woodford debacle.

Hargreaves Lansdown's recommended funds lists have continually come under scrutiny especially in regards to their motives for including funds, particularly with their Wealth 50 list.

In total, there are 71 funds featured in the Wealth Shortlist. Our analysis identified that 60.6% of the funds within the list have consistently underperformed with some of the funds consistently ranking among the bottom of their sectors. One such fund was the Pyrford Global Total Return fund which over the past 5 years was outperformed by 97% of same sector funds.

Interactive investor are the UK’s second-largest direct-to-consumer investment platform. Their simple, flat fee service has attracted over 350,000 customers and generated funds under management in excess of £45 billion.

Two years ago, Interactive Investor put together a list of funds that they believe can help all investors regardless of experience. Called the ‘Super 60’, the list includes a range of different asset classes, styles and approaches to suit different investor needs, including a mixture of low-cost, core, income, smaller company and adventurous options.

The funds they include in their Super 60 list are selected through a 7 stage screening process. 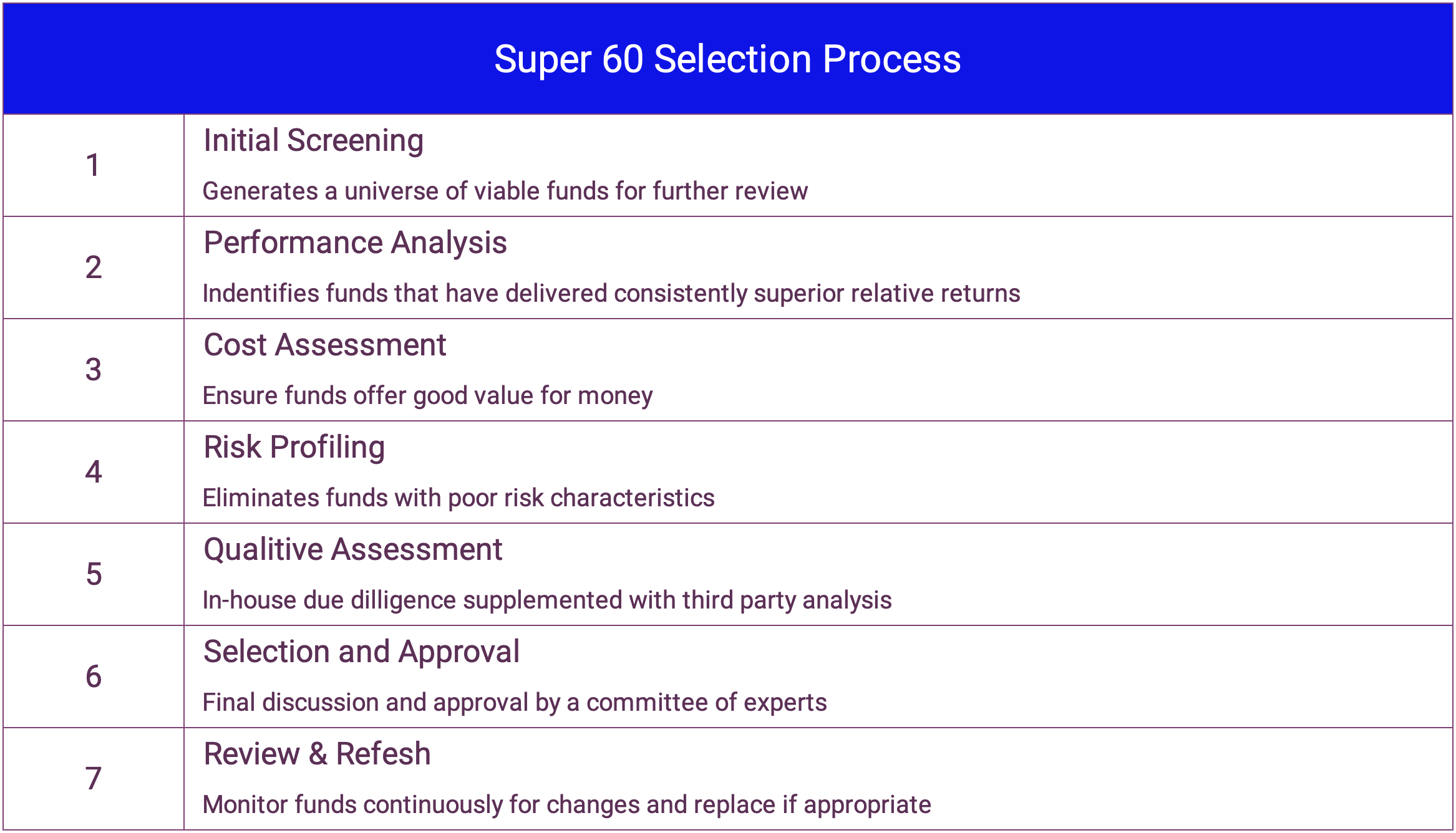 Following this process at the end of 2020 interactive investor reshuffled its ‘Super 60’ rated list, with six new additions and two removals following its annual review.

Although interactive investors recommended fund list is called the Super 60, it actually contains 65 funds. Our analysis of these funds identified that almost 28% have consistently ranked among the best in their sectors, and rated as 4 or 5-star performers based on our rating criteria. This was a significantly higher percentage than we found in the Hargreaves Lansdown Wealth 50, Bestinvest Top Rated and Fidelity Select 50 lists.

The Bestinvest top rated funds guide lists a selection of funds that they believe to be ‘the best in the world’.

As an online investment service that enables investors to choose and manage their own investments, Bestinvest has become one of the largest fund supermarkets in the UK.

For DIY investors their ‘Top Rated Funds’ list has become a trusted source of guidance when it comes to fund selection. Similar to the Hargreaves Lansdown Wealth Shortlist, the Bestinvest Top Rated Funds List includes 71 funds (There is a total of 137 funds in the Top Rated Funds list but these include both Accumulation and Income variants of the same funds. For this analysis we assessed the Accumulation funds).

Of the 71 funds analysed, 56.4% consistently underperformed with some questionable inclusions. One of the funds within the Bestinvest Top Rated funds lists that perhaps should be in their ‘Spot The Dog’ list of worst funds was the Lazard Global Listed Infrastructure Equity fund. This fund is classified within the highly competitive Global sector where it has consistently struggled for competitive performance. Over the past 1, 3 & 5 years the fund was outperformed by at least 93% of the funds within the Global sector with its cumulative returns of 19.85%, 13.85% and 33.55% falling well below the sector average of 48.2%, 37.95% and 92.06%.

In 2016 fund management giant and DIY investing platform Fidelity International launched the Select 50 list of their top fund ideas to rival the established lists of Hargreaves Lansdown and Bestinvest.

Fidelity claims only the best funds make it onto the Select 50 and while they already ran a Select list available on its personal investing platform, this new list is a higher-profile, pared-down selection. Fidelity says the funds are chosen on investment merit by their nine analysts in the multi-asset Investment Solutions team. Their analysts look at various statistics such as fund performance over different time periods as well as comparative performance and consistency of ranking against peers.

Fidelity has a rigorous selection process in place for their Select 50 funds list and indeed our analysis identified a number of excellent performing funds, notably the Baillie Gifford Japanese, Artemis UK Select and the BlackRock Continental European funds. But the list also includes funds that have a history of poor performance a proportion of which are Fidelity’s own funds.

Recommended fund lists are widely used by investors and can be very influential when making fund choices, but they are also a valuable marketing resource for the brands who provide them as they increase investment through their platforms.

The motives of fund lists has long been questioned with controversy surrounding certain fund inclusions most notably Hargreaves Lansdown’s continued inclusion of Neil Woodford's now defunct LF Woodford Equity Income fund in their Wealth 50 list even as the fund continued to underperform and lose money. Indeed, our analysis identifies some questionable inclusions with several funds consistently ranking among the worst performers in their sectors. Indeed, when assessing the drivers for a recommendation of funds, the FCA found that funds affiliated with the platform are “significantly more likely to be added to the recommendation list than non-affiliated funds” while at the same time “are less likely to be deleted from recommendation lists”. The study also found that “recommended funds share a higher proportion of their revenues with the platforms than non-recommended funds”.

However, the lists can be informative and they can help investors to gain greater insight into the options available, but when making fund choices it is important to remain objective and before investing in any of the funds these lists recommend it would be prudent to complete additional due diligence. Indeed, as identified in our analysis, many of the funds these lists recommend have a history of poor performance and although there are no guarantees as to how they will perform in the future it is reasonable to assume that a fund that performs better or worse over different market conditions will continue to do so going forward. 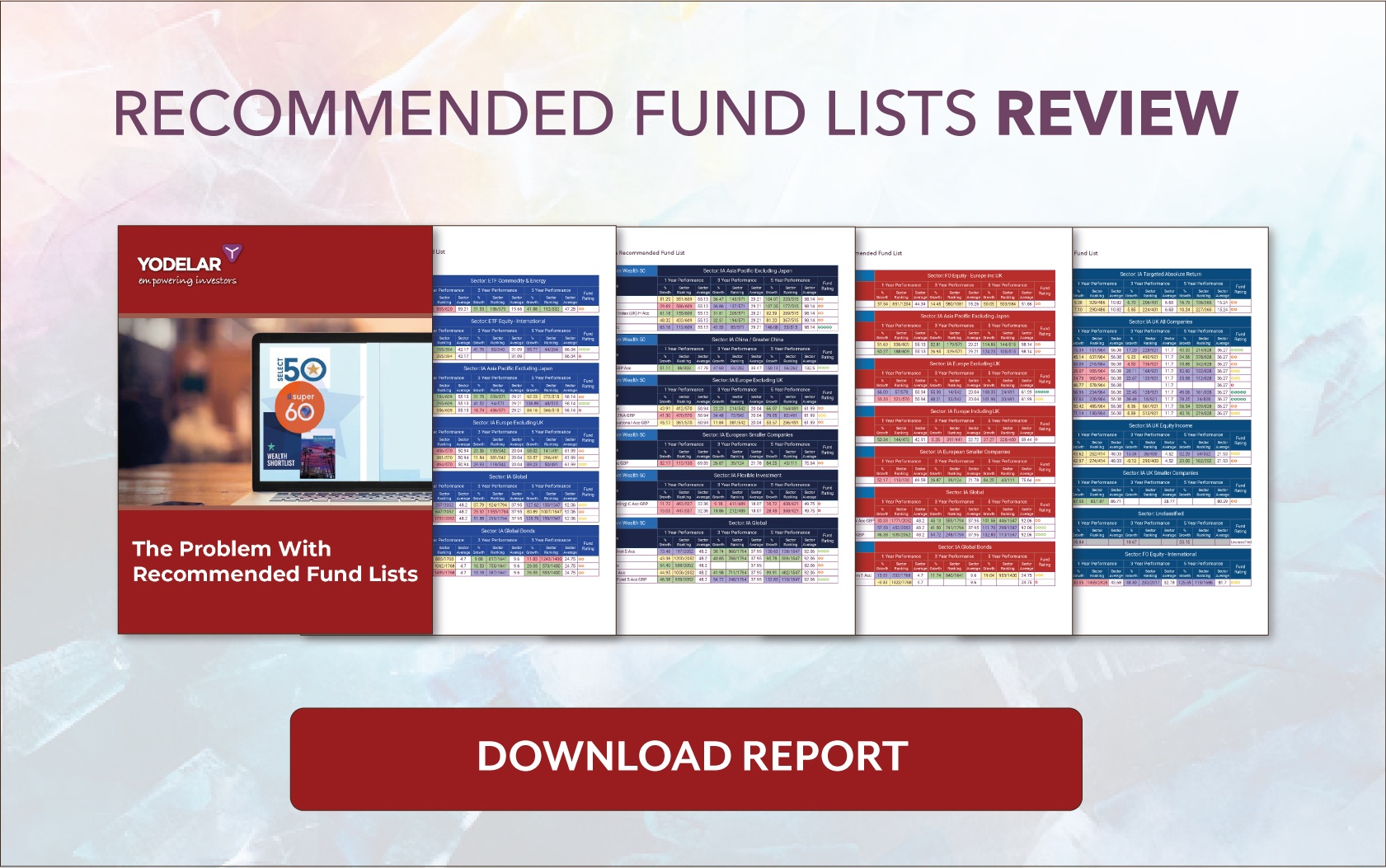