Income or Accumulation Funds - What's The Difference? And Why It Matters 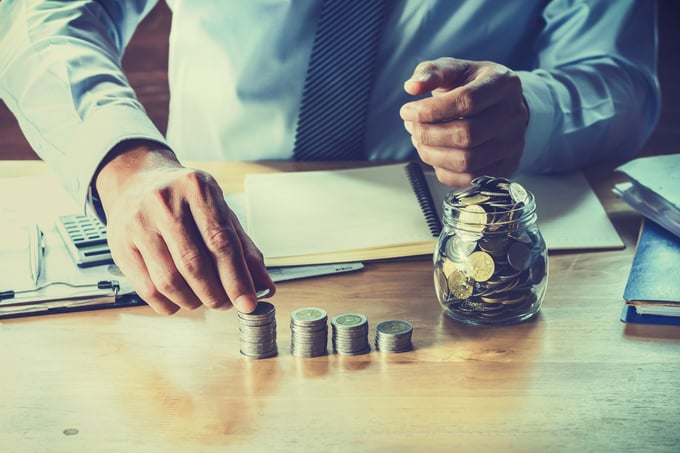 When investing in a fund the share class could affect your overall return.

The difference between the two is subtle and useful, but it can be confusing, and although the same fund with similar performance, the returns they deliver can vary greatly.

In general, unit trust and Oeic funds offer multiple share classes that each serve different purposes, and one of the leading distinctions is between income units and accumulation units.

Income funds are typically used by investors who want to benefit from regular payments from their investments to supplement their income. Therefore, any interest earned from an investment is released and paid directly to the investor.

Accumulation funds on the other hand automatically reinvest your profits to buy more shares in the fund. This means your stake in the fund grows, and your profit should grow exponentially over time as long as the fund performs well.

Should you choose income or accumulation?

The decision whether to buy income or accumulation units will depend on your goals. Do you need the income now, or do you want to wait, giving your investment a chance to grow over the long term?

Income funds are particularly popular with retirees where waiting long-term to realise their investment is no longer suitable. However, by investing in an income fund, they can benefit instantly by receiving the interest in the form of regular payments, which depends on the fund's performance, thus helping to supplement their income.

Although a supplemented income may seem enticing, like many investors have found out, it can come at a significant cost. For long-term investors, one of the negatives of choosing an income share class is that you miss out on the compounding of any interest your investment gains. Therefore, over time, the amount an accumulation share class of a fund earns is, in many instances, significantly higher than the amount earned by the income variant of the same fund. 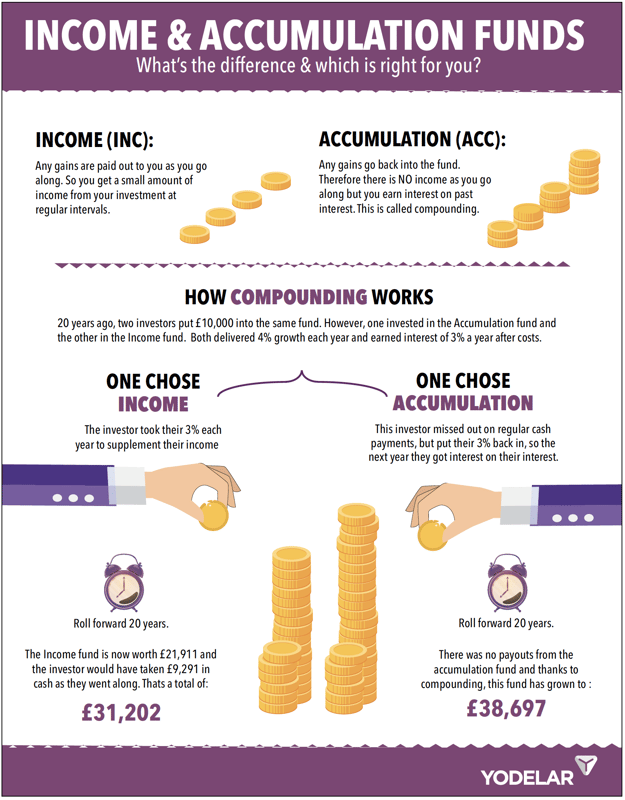 The Power of Compound Interest

Compound interest is the central pillar of investing. It is why investing works so well over the long term.

On the other hand, for the accumulation share class of the same fund, if you added the £600 interest you earned to your capital of £10,600, you would start the second year with £10,300 and earn interest on both your original £10,000 and on the interest earned in the previous year.

The compound interest gained on the initial amount of £10,000 may not seem significant, but when applied to larger figures, over a longer term, the effect is substantial.

Consider that after ten years your investment will be worth £17,908 and, after 20 years, you would be sitting pretty with £32,071 – all of this from your single investment sum of £10,000. That is what is referred to as the power of compound interest.

In short, you are earning more interest each year because the amount invested each year is increasing, without you making any additional investments.