Over the past several years Lindsell Train funds have been among the most popular choices for investors, who, attracted by their high growth strategy have entrusted over £12.6 billion of their money in the Lindsell Train UK equity and Global Equity funds.

Both of these funds had built a reputation of quality through their comparatively strong performance which they enjoyed for several years since their launch. But the outbreak of the pandemic knocked them off their stride which they have since struggled to regain. Before the pandemic they consistently ranked among the sector's top performers, but since then they have struggled to come close to the sector average.

But why have they struggled so much in recent times and what does the future hold for the popular fund manager?

In this report, we analyse the performance and sector ranking of each fund managed by Lindsell Train and identify how they have fared compared to their peers and why in recent months their funds have struggled so much.

Lindsell Train is named after its two founders and primary investment managers, Nick Train and Michael Lindsell. The duo have a very long term buy and hold approach, following in the footsteps of Warren Buffett, who famously said his favourite period for holding a stock was forever.

Once committed to a company, Train is extremely reluctant to sell it, except on a significant breach of valuation targets or when the premise for the investment is no longer valid.

This approach he believe nullifies any temptation to chop and change holdings in an attempt to make a ‘quick win’ by trying to time the market.

The crux of Nick Train's investment philosophy lies in the belief that a highly concentrated portfolio of high-quality, cash-generative, strong, and easily understood business franchises will outperform the market and reduce volatility over the long term.

This approach, combined with a steadfast focus on businesses with wide economic reach has driven exceptional returns for investors.

Our summary table shows that based on each funds sector performance over the recent 1, 3 & 5 years, 4 Lindsell Train managed funds received a poor 2 star rating with their Japanese fund receiving a poor 1 star rating.

The Lindsell Train UK Equity fund currently manages £5.7 billion of client money, which is down from over £7 billion it held just before the outbreak of the pandemic. Despite this, the fund still remains one of the largest in the sector.

The fund aims to provide a total return in excess of that of the FTSE All-Share TR Index by investing at least 70% of its assets in the shares of companies incorporated or domiciled in the UK.

Since its launch in July 2006 the fund has returned cumulative growth of 404% up to the 1st February 2022, which is well above the UK All Companies sector average for the period of 147%. However, since the outbreak of the pandemic and subsequent market fallout the fund has struggled compared to its peers. Over the past 12 months it ranked 209th out of 243 funds in the sector.

The Lindsell Train Global Equity fund is a concentrated fund that holds typically between 20 and 35 shares as it aims to maximise growth potential. The fund has a Global focus and invests in companies primarily based in Japan, Europe, America and the UK.

This Global fund currently manages £6.9 billion of client money down from the pre-pandemic highs of £8.4 billion. In the period between the outbreak of the pandemic until 1st February 2022 the fund had returned cumulative growth of 7.95%, which was well below the 21% Global average for the period. Despite poor performance in recent times the fund still has a strong performance history over the longer term. Since it launched in March 2011, the fund has returned growth of 366%, which is significantly greater than the Global average of 185%.

The objective of the fund is to increase capital value over the longer term by holding shares in companies that are primarily quoted on stock markets in Japan. Gaming company Nintendo and chemical and cosmetics company Kao make up the two largest holdings in the Lindsell Train Japanese Equity fund, and they have been big drivers in this fund’s success.

The Lindsell Train Japanese Equity fund launched in 1998 and currently manages £360 million of client assets. Our analysis of this fund identified it to be consistently one of the highest growth funds in the Japan sector.

Over the last 3 years the fund has returned negative growth of -3.16%, which was worse than 96% of all other funds in the Japan sector. But over 5 years it has returned growth of 162% compared to the sector average of 143%.

The Lindsell Train investment trust launched in January 2001 and for almost 2 decades it had enjoyed superior returns to most of its competitors within the IT Global sector. However, similar to their range of funds, the trust has suffered since the onset of the pandemic with the past 6 months in particular among the worst in the companies history. In the period between 1st August 2021 and 1st February 2022, the trust has returned negative growth of -28%.

But to put that in context, Lindsell Train trust has a total return of 610% over ten years, compared to its sector's 430% return.

Train has reinforced the funds long-term strategy and thinks that recent poor performance is a largely pandemic-induced blip and that concerns ‘should unwind over time’ to the benefit of his investors.

The ​​Finsbury Growth & Income is a highly-concentrated investment trust with a portfolio of mainly UK stocks, aiming to achieve capital and income growth in excess of that produced by the FTSE All-Share.

For this trust, Nick Train ignores the benchmark entirely - investing in companies which he believes will perform well regardless of their weighting in the index. The trust tends to invest in companies that have been resilient over various cycles and exhibit steady earnings growth over the long term.

He runs a highly-concentrated portfolio which stood at just 22 stocks and Nick is renowned for his very long-term, low-turnover approach which has served well in the longterm but in recent times it has contributed to poor performance from his range of funds.

In regards to the Finsbury Growth & Income trust Nick Train has said ‘Such an uncorrelated portfolio will inevitably perform very differently from its benchmark (positively or negatively) over different periods of time. We believe that over time our investment approach, selecting companies with durable business models that generate consistently higher returns, will ultimately be reflected in the share prices of the companies we own and hence in the performance of the Company. However, there will be periods, such as now, when the market does not reward this approach.’ 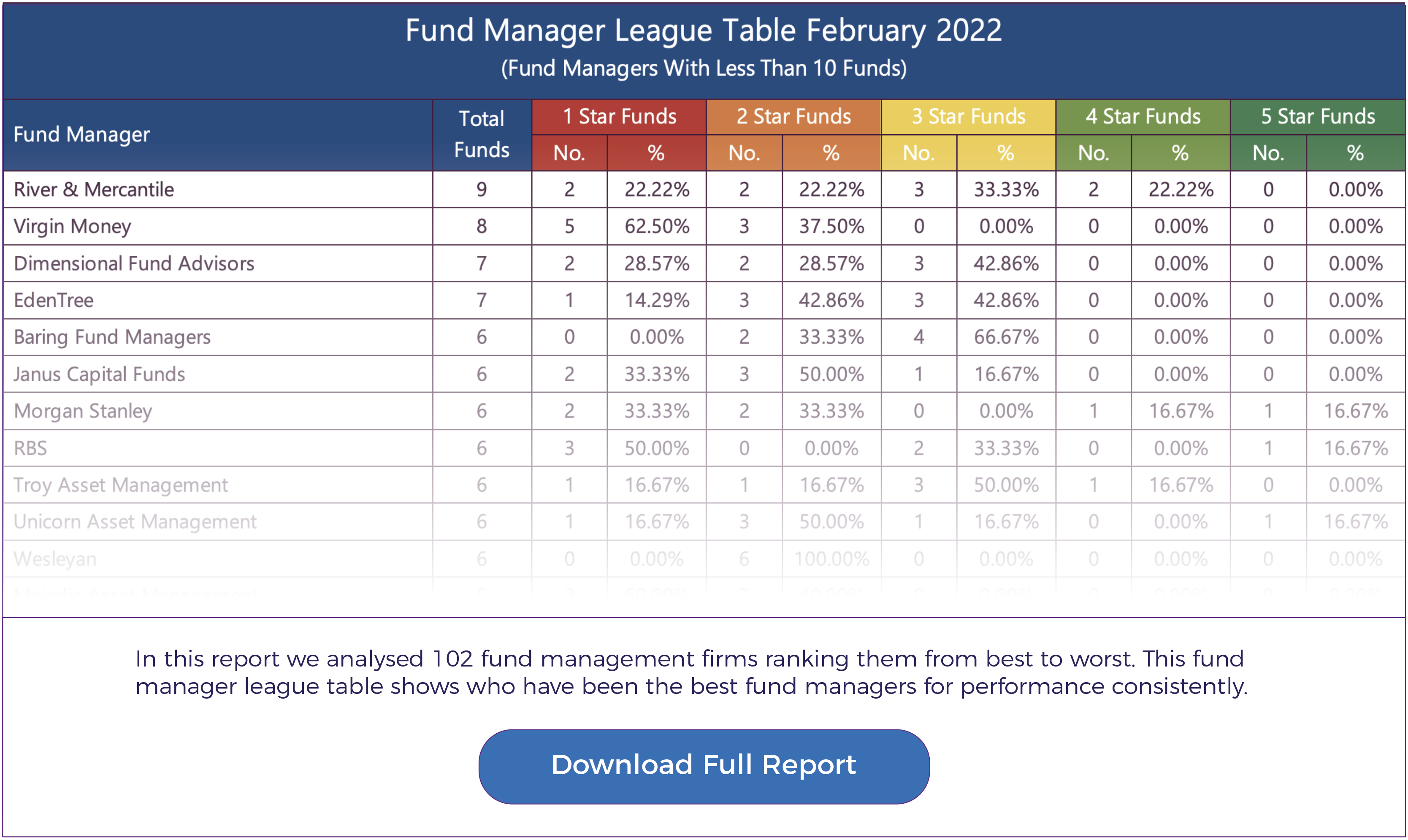 Why Have Lindsell Train Funds Underperformed?

Since the outbreak of the pandemic, their range of funds have all struggled. The two big flagship funds run by Lindsell Train in particular have had a difficult few years.

Over the last 1 & 3 years, the Global Equity fund returned -2% and 24.59%, both of which were among the worst in their sectors. The UK Equity fund has managed to maintain above average growth over 3 years but over the recent 12 months it was outperformed by 86% of the funds in its sector. But despite their recent struggles, it is important to remember that over 5 years and beyond these funds have both delivered returns that are still among the highest in their sectors.

There are a few trends which explain their recent poor performance. Certain areas of the market where Lindsell Train has no or low exposure have done well in the last twelve months, most notably energy and technology stocks. Lindsell Train does have a bit of exposure to technology, but one of its three picks in the area, Paypal, has dropped in value in recent months .

The Lindsell Train approach leads to a portfolio which is skewed towards consumer goods giants like Unilever, PepsiCo, and Mondelez. Supply chain bottlenecks and inflation are leading these companies to raise prices, and there are some doubts over whether consumers will accept higher bills, or switch to cheaper substitutes. Mondelez, the maker of Oreos and Ritz Crackers, reckons it will have to raise prices in the US by as much as 7% next year, which could be enough to push consumers towards other alternatives.

Lindsell Train also runs very highly concentrated funds, typically only holding 25 to 30 stocks, which is similar to their close competitor Fundsmith. This helps amplify outperformance when things are going well, but it can work in the opposite direction during unsettled periods.

Lindsell Train has a very particular investment philosophy which focuses on companies with robust brands, balance sheets and earnings streams, and this style can be expected to move out of step with the wider market.

However, the current market instability has compounded the underperformance of Lindsell Train funds with over 92% of all funds returning negative growth since the start of the year.

Lindsell Train’s confidence in the durability and long-term relevance of the companies they hold enforces their belief that their funds and strategies will again yield comparatively strong returns and that the challenges from the pandemic will dissipate and positive sentiment will return.

Indeed, history has shown that over time Lindsell Train funds have always fared well but the difficulties of the past several months have hurt them and their investors. But going forward, it is reasonable to assume their funds will realign and recover ground but as they retain their strategy of having limited holdings the term ‘never hold all your eggs in one basket’ may be more relevant than ever.