The problem with restricted financial advice 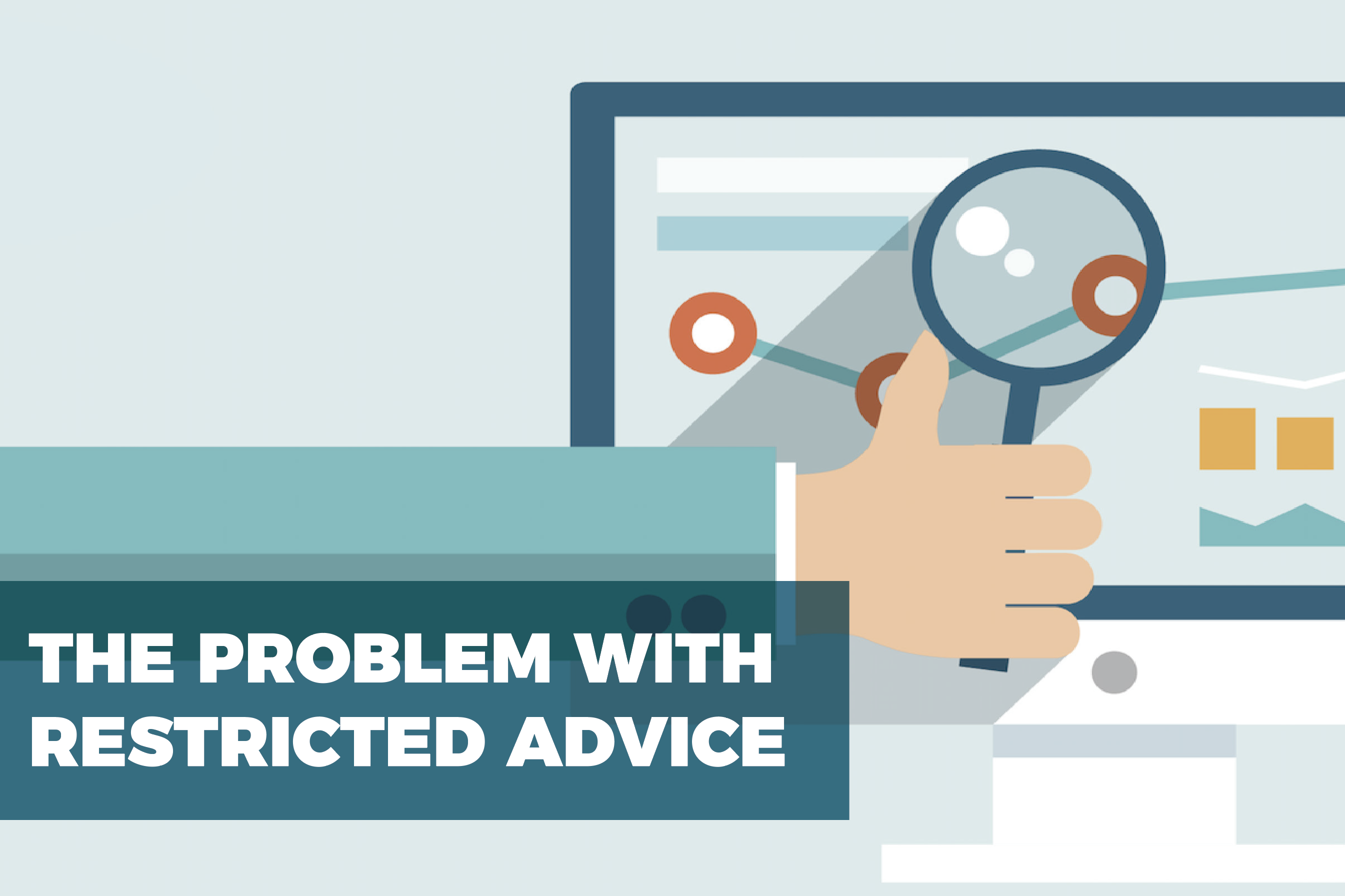 What is restricted advice? - It was not until 2014 that the Financial Conduct Authority issued a definitive factsheet outlining what ‘independent’ and ‘restricted’ advice actually means in practice, and what is expected of advisers using these labels.

The distinction between the 2 has often divided opinion. Some are of the view that restricted advice does not impact on the quality of the advice consumers receive where as others have argued that restricted firms often go down this route so that they can sell their own investment products, or those of their parent company, for their own gains instead of that of the consumer.

Why does it matter?

However, financial advisers with a ‘restricted’ status cannot provide advice on ‘whole of market’ products but there are differing degrees of restrictions that ‘restricted’ advisers work to.  For example, there are advisers who hold a restricted status because they won’t advise their clients on specialist products such as VCT’s (Venture Capital Trusts) or ETF’s (Exchange Traded Funds). Such limitations may have little to no impact on a proportion of investors.

However, when Financial advice companies choose to become restricted in order to ‘push’ their own products, platforms and investment funds that ‘restricted’ advice can become detrimental to the consumer. Such practices mean firms can earn bigger margins from selling their own products, and their clients are only exposed to a small range of products that might not be best suited to their needs - while often being more expensive.

One such firm that practices this highly restrictive approach is St James’s Place (SJP).

SJP have some £80 billion of funds under management and are one the UK’s largest wealth management firms. They have an expansive network of over 3,400 advisers who have helped to drive client numbers to over 570,000. But as their network of advisers, which SJP call ‘partners’, can only recommend SJP branded products (which are among the worst and most expensive available), they have been likened to ‘glorified salesmen’.

St James’s Place are no stranger to controversy and are regularly put to task for their high opaque charges, disappointing fund performance and most recently for becoming the most complained about specialist wealth firm when it comes to investments - according to the Financial Ombudsman Service. Despite the negative press, SJP have been proud to promote their continued expansion in ‘partner’ and client numbers as well as funds under management.

However, a large factor in SJP’s growth is due to their acquisition strategy where they buy existing firms and their client banks. Therefore, many clients have followed their adviser over to SJP – these clients’ funds are then moved out of their old funds and into a portfolio of SJP funds. But as many of the advisers who move their practice under the SJP banner receive payments up to and over 6 figures, questions have been raised as to whether their motives for moving are for their own financial gain rather than for the benefit of their clients.

David Bellamy, SJP’s Chief Executive, has said he embraces their restricted status. However, SJP’s funds have consistently underperformed and are among the most expensive on the market. Yet because of their restricted approach their investors are excluded from lower cost funds that deliver better returns.

Why independence should be celebrated

It is clear that restricted advice can have severe limitations on investors that could ultimately have a negative impact on their investment portfolio. Restricted advisers have been described as providing an off-the-peg fit in comparison to an IFA who can provide a tailor made, pin-point fit. Because IFA’s provide impartial, unrestricted advice that considers every option on the market, that we believe they present the best potential investment opportunities, and according to FCA data, the initial fees charged by independent advice firms are also lower than those of restricted advice firms.