What does rising interest rates mean for your investments? 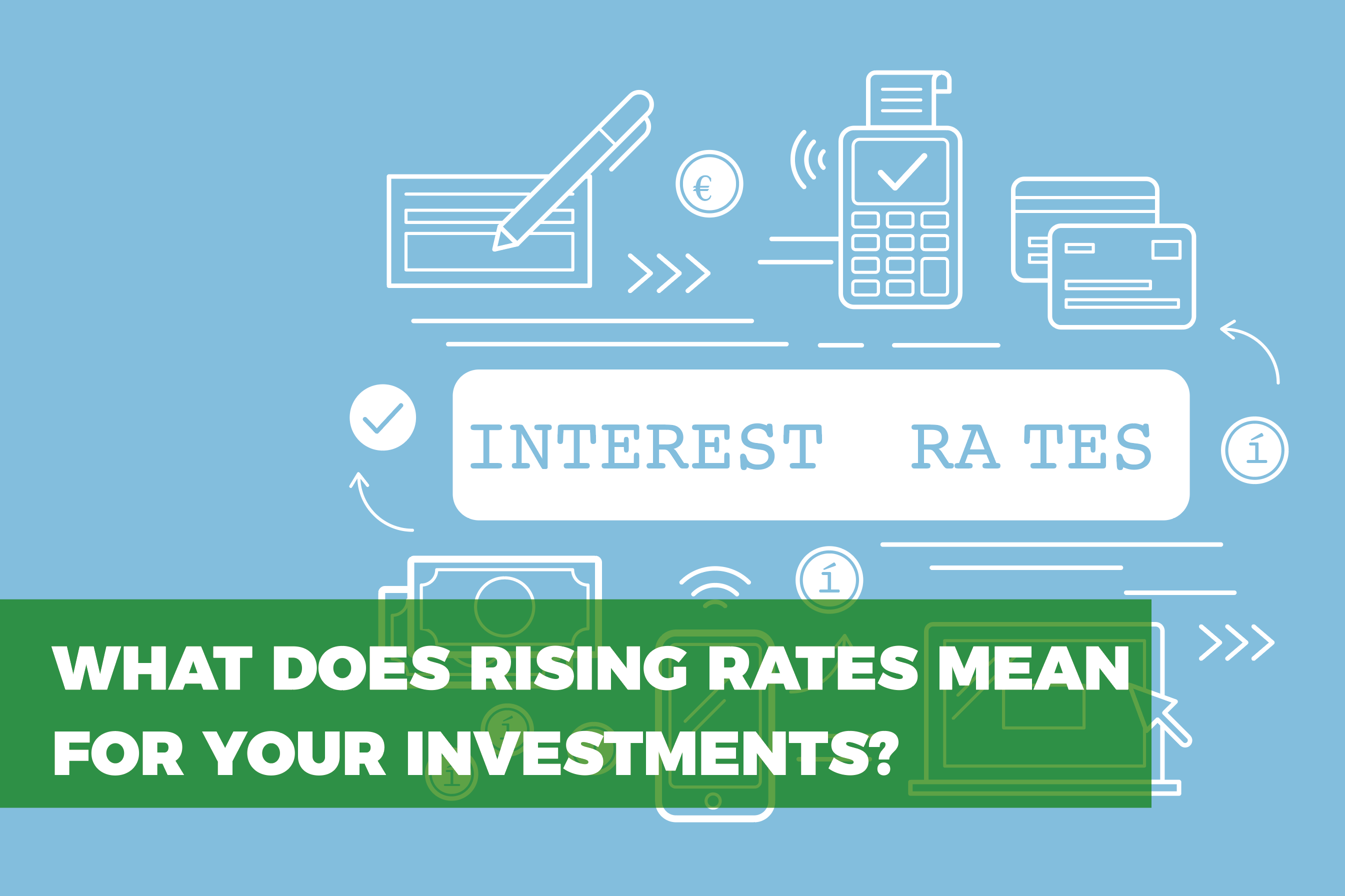 Interest rates are on the rise.

Rock bottom interest rates were brought in as emergency life support for a floundering economy during the global financial crisis where the Bank of England base rate had fallen from 5.75% to just 0.25%. However, after a meeting between the Bank of England’s Monetary Policy Committee (MPC) on 2 November the rate was increased for the first time in 10 years to 0.5%.

Much has been made of the rate rise and in particular what it means for UK households. But what does it mean for investors?

Does rising interest rates pose a risk for investors?

It has been 10 years since the Bank of England last increased interest rates. During that period, the interest in cash savings accounts remained low which forced investors to take more risk than they otherwise might have, or wanted to. But as rates now begin to rise what impact, if any, will it have on your investments?

One impact of rising rates would likely be falling bond prices, especially UK government bonds (Gilts). Gilts have often been viewed as risk free, and assumed never to default, but they become less attractive when interest rates rise as their prices tend to fall in order to increase the yield and attract buyers.

Although the interest rate rise may impact the performance of Gilts, the fact is they have not been an attractive investment for some time, in particular since the Brexit vote in 2016. Over the recent 12 months the average growth of funds within the UK Gilts sector was negative -0.4%. With Index Linked Gilts performing even worse with average sector growth of -3.74%.

How it can impact your savings & retirement

Annuity rates which have been at historical lows could improve with a rise in interest rates, which means those planning to retire soon could secure a higher income.

Less positive is the possibility that retirees could see a fall in the value of their pension funds. This is because when investors near retirement age, pensions savings are often automatically moved out of the market and into bonds, as a way of de-risking pension savings – a process known as ‘life-styling’.

For savers and low risk investors, the recent rate rise from 0.25% to 0.5% has been welcomed. However, the interest rate is still well below the current 3% rate of inflation. Therefore, if a saver is earning less than 3% interest a year they are actually losing money. So, it is unlikely that the current rate rise will tempt many investors to move their money into cash accounts but if the interest rates continue to rise as predicted, it may not be long before cash savings accounts become a more viable option.

Equity funds will still remain the favourite among growth seeking investors. However, regardless of their attraction there will be a level of uncertainty as to what impact the rate rise will have on UK industry - which could impact on the performance of UK equity funds that continue to suffer outflows stemming from the Brexit vote in 2016 that now exceed £6 billion.

The below 5 funds have consistently been among the best performers in the UK Smaller Companies sector.

As Investors diversify what other markets have proven popular?

Diverse portfolios that are weighted proportionately across different asset classes are able to stand strong against interest rate rises and market challenges, and while the rate rise could adversely affect certain markets it can also prove to be a catalyst for growth in others.

Other markets that have delivered large growth potential and likely to remain a popular choice for investors are the European, North American and Emerging Markets sectors.

European funds have experienced increased inflows since Brexit and will likely continue to be a popular region for UK investors. In the recent 12 months, the IA Europe ex UK sector had a growth average of 19.67% and over 5 years it averaged growth of 107.31%. Although traditionally more volatile, the North American and Emerging Markets sectors have also averaged competitive returns. The North American sector returned average growth of 29.4% over the recent 12 months and 128.49% over the recent 5 years.

Over the recent 5 years the Global Emerging Markets sector has comparatively low growth averaging 56.48%, however over the recent 12 months this sector has experienced growth of 29.3%, which has helped attract inflows of £65 million in September alone.

Investors should not worry, as the interest rate rising by 0.25% will likely have little impact on your portfolio. But as the rate is predicted to rise gradually over the coming months certain markets will likely fluctuate, but with investing, this is all par for the course.

Investors will always be exposed to moving markets, political uncertainty and different financial conditions, but ultimately, the only real protection for your investments is to ensure your portfolio is correctly diversified and follows an asset allocation model that suits your current risk profile.