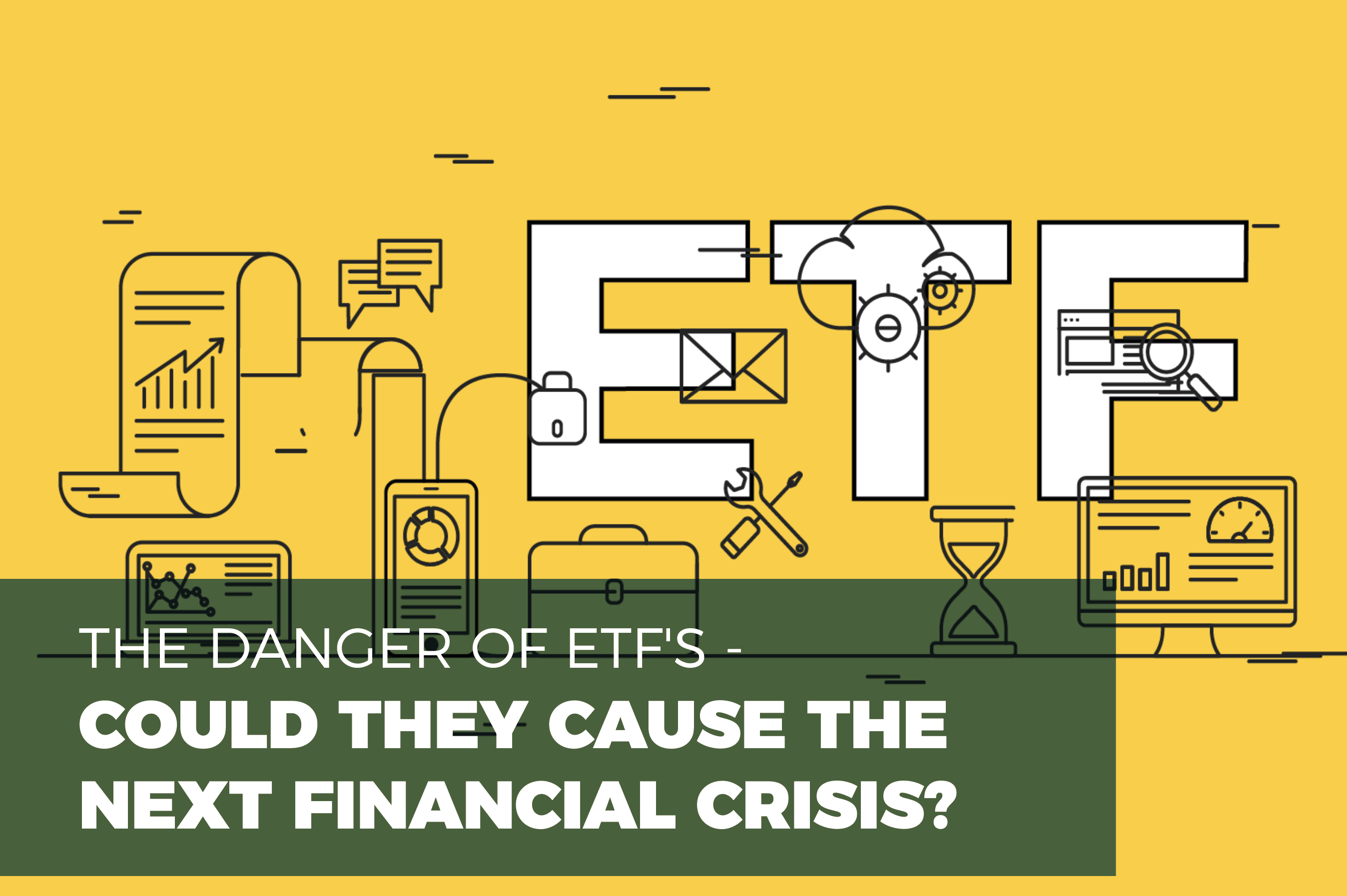 The meteoric rise in popularity of Exchange Traded Funds (ETFs) over the past several years has seen their global assets rise above £3.2 trillion.

Contributing to their rapid success are the numerous advantages they provide investors such as, increased access to asset classes and markets, improved tax efficiency, transparency and low costs.

However, ETFs are now under attack for becoming more and more complex and opaque, with regulators documenting their concerns and financial experts worried that they could even ‘blow up’ the whole industry. But should investors be concerned or has the criticism of ETF’s been blown out of proportion?

ETFs have been around since 1990, when the first fund was launched in Canada. The original idea was to create portfolios of shares replicating a stockmarket index, such as the S&P 500.

One of the main features of an ETF is that they trade on the stock exchange which gives them the flexibility to trade throughout the day. In comparison, a traditional mutual fund can only trade once at the end of each day. However, the real attraction for investors is their low costs. As ETF’s are typically passive managed their entry and management fees are, for the most part, cheaper than traditional active managed funds.

But as the concept of ETF’s began to catch on with investors, Fund managers quickly elaborated on the basic design which has swelled the number of ETFs to over 3,000, while making many of them more complex, opaque and in some cases extremely risky. This has led to concerns throughout the financial industry, with billionaire activist investor Carl Icahn, now calling ETF’s “Dangerous”.

A Growing Concern For Regulators

Adam Laird, head of passive investment at Hargreaves Lansdown, the fund supermarket, says: “ETFs are an area of growing concern for regulators. This stretches beyond the SEC to European regulators as well, because the growth of ETFs is changing behaviour in markets.”

An example of this was on May 6th 2010 when trading in the American stockmarket seemed to go haywire: the Dow Jones Industrial Average fell by almost 1,000 points in the session and some stocks lost almost all their value. This “flash crash” caused the authorities to cancel a bunch of trades made at unusual prices. Between 60% and 70% of those trades were in ETFs, far above their actual weighting in the market.

This prompted international bodies to set out their worries. The Financial Stability Board (FSB), a committee of financial supervisors, issued a report on ETFs. The IMF devoted part of its global financial-stability report to them. And the Bank for International Settlements (BIS) published a paper entitled “Market Structures and Systemic Risks of Exchange-Traded Funds”.

The Risks of 'Toxic' ETF's

One section of funds to face particular scrutiny is leveraged and inverse ETFs, a set of funds that Larry Fink, the chief executive of BlackRock, the world’s largest fund manager, calls “toxic”. He also said, “They have a structural problem that could blow up the whole industry one day.”

Leveraged ETFs seek to deliver multiples of the performance of the index or benchmark they track, while inverse ETFs aim to return the opposite performance of the benchmark they follow. An example is the ‘Direxion Daily Technology Bear 3X Shares’ ETF which seeks daily investment results, before fees and expenses, of 300% of the inverse (or opposite) of the performance of the Technology Select Sector Index. Therefore, if the Technology Select Sector Index drops by one point, this fund is designed to rise by 3 points. But in contrast, if the index rises by one point, this fund is expected to drop by those same 3 points.

However, as the technology sector has grown over recent years the ‘Direxion Daily Technology Bear 3X Shares’ ETF has been hit hard. Over the recent 5 years this ETF has been a complete disaster for its investors delivering negative growth of -95.4%. Therefore, if you had invested £10,000 into this ETF 5 years ago your investment would now only be valued at £460, a loss of £9,540.

Another major issue with these type of ETF’s is that none of them actually owns the stocks or commodities that they are intended to track, so the fund has zero physical assets. The assets in a leveraged ETF are all private derivatives contracts created specifically for them by an investment bank. Therefore, if the associated investment bank were to fail, as happened in the crash of 2007, investors could lose 100% of their investment.

Leveraged ETFs are not the only source of debate relating to ETF’s. To add further complexity Investors can choose from two kinds of index ETFs – physical or synthetic.

The financial sector continually innovates new ways to make money but the 2007 subprime housing crisis was a result of financial innovation that had gone wrong. Although leveraged and inverse ETF’s represent a worrying trend the biggest concern, and the one with the clearest echoes of the subprime crisis, surrounds “synthetic” ETFs, which account for over half of the ETF’s in Europe.

A physical ETF is easily understood. Like an ordinary index fund, it holds the constituent stocks of the index being tracked. However, synthetic ETFS do not own the shares in the underlying index. So, similar to leveraged ETF’s they hold no physical assets. Rather, the ETF provider engages in a swap contract with a counterparty – generally, an investment bank – but as there is a risk that the bank might go bust the ETF provider requires the bank to provide collateral.

But another problem is that the collateral is usually not connected with the index. For example, the emerging-markets ETF offered by db x-trackers had collateral that was in the form of equities and bonds which had nothing to do with emerging markets. Therefore, if the bank counterparty were to fail, the index provider would be left with assets that were unrelated to the target portfolio.

Such a prospect, however remote, will give many investors pause for thought, given the weakness exposed in the global financial system in recent years.

The Dangers of ETFs - Is illiquidity A Real Risk?

Some high-profile names have voiced concerns relating to another area of debate, namely the much-vaunted liquidity provided by the ETF industry.

The concern is, that in a nervy market where everyone is looking for the exit door, mass sales of ETFs may actually affect prices of the underlying assets. Therefore, if ETF investors rush to withdraw their assets, it may trigger forced sales of the illiquid underlying bonds. As the bonds themselves remain illiquid and hard to trade, a wave of sell orders could prove overwhelming, exacerbating volatility and driving prices downwards, which could result in significant loses for investors and even trigger the markets to crash.

US hedge fund manager Carl Icahn launched a public attack on ETFs, labelling BlackRock (the largest global issuer of ETFs) as a “dangerous company” and alleging that BlackRock ETF funds “sells liquidity” via its iShares range arguing that “there is no liquidity…and that’s what’s going to blow this up.”

What Does The Future Hold For ETF's?

Few investors would deny that ETFs in general have been of benefit to both ordinary and institutional investors, providing them with low-cost access to innumerable asset classes.

However, the fact is, ETF’s have yet to be tested in times of stress and there is real fear that their lack of liquidity will result in the next financial crisis. While such concerns may seem far-fetched it cannot be overlooked that regulatory bodies, hedge fund managers and even the chief executive of BlackRock, have highlighted real concerns regarding ETF’s, which investors must heed and take into account when making investment decisions.

Subscribe to Yodelar today for only £1 and get access to all top fund reports including the top performing ETFs report, which details the performance, sector rank and overall rating of more than 3,000 ETFs.

Other Reports You May Be Interest In: